We have them online – you just need your library card to access them.

Check out our other online resources. 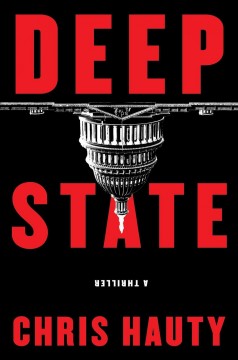 Deep state : a thriller
Hauty, Chris
Recently elected President Richard Monroe--populist, controversial, and divisive--is at the center of an increasingly polarized Washington, DC. Never has the partisan drama been so tense or the paranoia so rampant. In the midst of contentious political turf wars, the White House chief of staff is found dead in his house. A tenacious intern discovers a single, ominous clue that suggests he died from something other than natural causes, and that a wide-ranging conspiracy is running beneath the surface of everyday events: powerful government figures are scheming to undermine the rule of law--and democracy itself. Allies are exposed as enemies, once-dependable authorities fall under suspicion, and no one seems to be who they say they are. The unthinkable is happening. The Deep State is real. Who will die to keep its secrets and who will kill to uncover the truth?-- 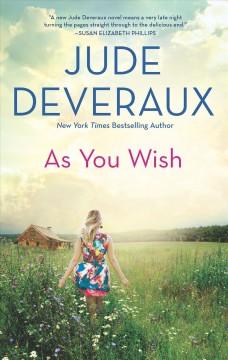 As you wish
Deveraux, Jude
Sixty-year-old Olivia's first marriage was long and unhappy, but now she is a newlywed, thrilled to finally be starting her life with the man she's always truly loved - even if they are getting a late start. Kathy is in her forties and married to a handsome, successful businessman. Theirs would be a fairy-tale romance if it weren't for one problem: He's passionately in love with someone else! Twenty-something Elise is also in a troubled marriage, stuck with the man her wealthy parents chose for her. Now that he has a pregnant mistress, he seems willing to go to drastic lengths to take Elise out of the picture. Though each of them wound up at the Summerhouse for separate reason, it's not long before they begin to open up about their regrets, their wishes and their dreams. And when they're presented with the opportunity of a lifetime - a chance to right the wrongs of their past - all three discover what can happen when dreams really do come true. 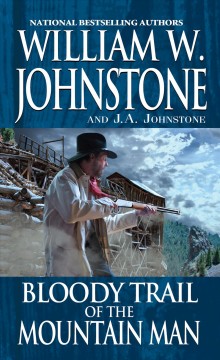 Bloody trail of the mountain man
Johnstone, William W.
"If there’s one thing Smoke Jensen hates, it’s a man who fights dirty. And no one fights dirtier than a politician. Especially a lying, cheating, no-good grifter like Senator Rex Underhill. Luckily, with another election coming up, this senatorial snake in the grass has some serious competition: Smoke’s old friend, Sheriff Monte Carson. Carson’s an honest man, and he’s got Smoke’s full support. But Underhill’s got support, too: a squad of hired guns ready to hit the campaign trail—and stain it red with blood . . . Swapping bullets for ballots, Underhill’s henchman make it all too clear that Sheriff Carson is not just a candidate on the rise, he’s a target on the run. But with Smoke’s grassroots support—and lightning-fast trigger—he manages to stay alive in the race. That is, until Carson’s righteous campaign takes a near-fatal turn when the Senator Underhill tricks his opponents, traps them in a mine, and literally buries the sheriff’s political ambitions. When the going gets tough, Smoke gets even. When this game turns deadly, it’s winner kills all . . ."-- 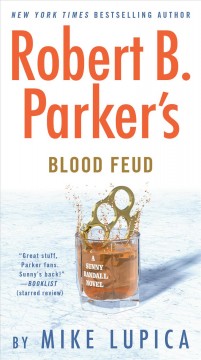 Robert B. Parker's blood feud
Lupica, Mike
"Robert B. Parker's iconic and irresistible PI Sunny Randall is back, and the stakes are higher than ever as she races to protect her ex-husband--and his Mafia family--from the vengeful plan of a mysterious rival. Sunny Randall is "on" again with Richie, the ex-husband she never stopped loving and never seemed to be able to let go, despite her discomfort with his Mafia connections. When Richie is shot and nearly killed, Sunny is dragged into the thick of his family's business as she searches for answers and tries to stave off a mob war. But as the bullets start flying in Boston's mean streets, Sunny finds herself targeted by the deranged mastermind of the plot against the Burke family, whose motive may be far more personal than she could have anticipated.."-- 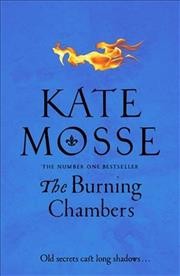 The burning chambers
Mosse, Kate
Carcassonne 1562: Nineteen-year-old Minou Joubert receives an anonymous letter at her father's bookshop. Sealed with a distinctive family crest, it contains just five words: She knows that you live. But before Minou can decipher the mysterious message, a chance encounter with a young Huguenot convert, Piet Reydon, changes her destiny forever. For Piet has a dangerous mission of his own, and he will need Minou's help if he is to get out of La Cité alive. Toulouse: As the religious divide deepens in the Midi, and old friends become enemies, Minou and Piet both find themselves trapped in Toulouse, facing new dangers as sectarian tensions ignite across the city, the battle-lines are drawn in blood and the conspiracy darkens further. Meanwhile, as a long-hidden document threatens to resurface, the mistress of Puivert is obsessed with uncovering its secret and strengthening her power... 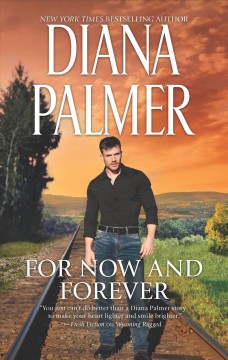 For now and forever
Palmer, Diana
Dark Surrender:  When Maggie Sterline causes an accident that changes Saxon Tremayne’s life forever, she’ll do anything to right her wrongs. Even if that means staying in South Carolina to care for the fierce, accomplished giant whose world has suddenly turned dark. Though Saxon’s raw emotions are unsettling, Maggie is able to help him confront his new reality, and soon the beauty is drawn to this beast. Can she resist his knee-weakening kisses and passionate embraces? 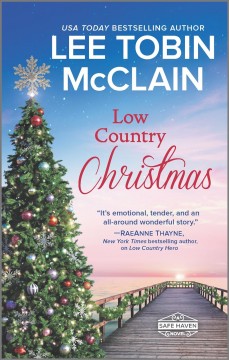 Low Country Christmas
McClain, Lee Tobin
Come home to Safe Haven, South Carolina, where the best Christmas surprises aren't the ones under the tree. Holly Gibson has one wish this Christmas season: to find her young niece's father. And she's traveled hundreds of miles to the small town of Safe Haven to make that wish come true. But the mysterious Cash O'Dwyer is nothing like she expected. Strong and kind, he makes her heart beat faster. And suddenly that little secret she's keeping about her sister stirs up all kinds of guilt... Cash is stunned--and more than a little wary--to discover he's a father. Having a family of his own was never part of his plan...until sweet baby Penny and her fiercely independent aunt Holly arrive in town. Now he's trimming trees and stuffing stockings for three. But when the ghosts of Cash's past threaten the future of his fragile new family, he'll do whatever it takes to be the father Penny needs--and the man Holly deserves--for more than just the holidays. 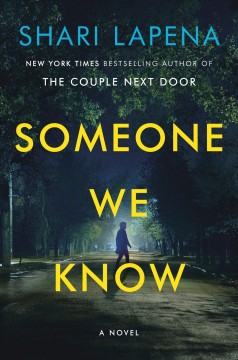 Someone we know : a novel
Lapeña, Shari
In a quiet, leafy suburb in upstate New York, a teenager has been sneaking into houses--and into the owners' computers as well--learning their secrets, and maybe sharing some of them, too. Who is he, and what might he have uncovered? After two anonymous letters are received, whispers start to circulate, and suspicion mounts. And when a woman down the street is found murdered, the tension reaches the breaking point. Who killed her? Who knows more than they're telling? And how far will all these very nice people go to protect their own secrets? In this neighborhood, it's not just the husbands and wives who play games. Here, everyone in the family has something to hide.

THE UPSIDE OF HUNGER a true story written by Roxi Harms a local author.